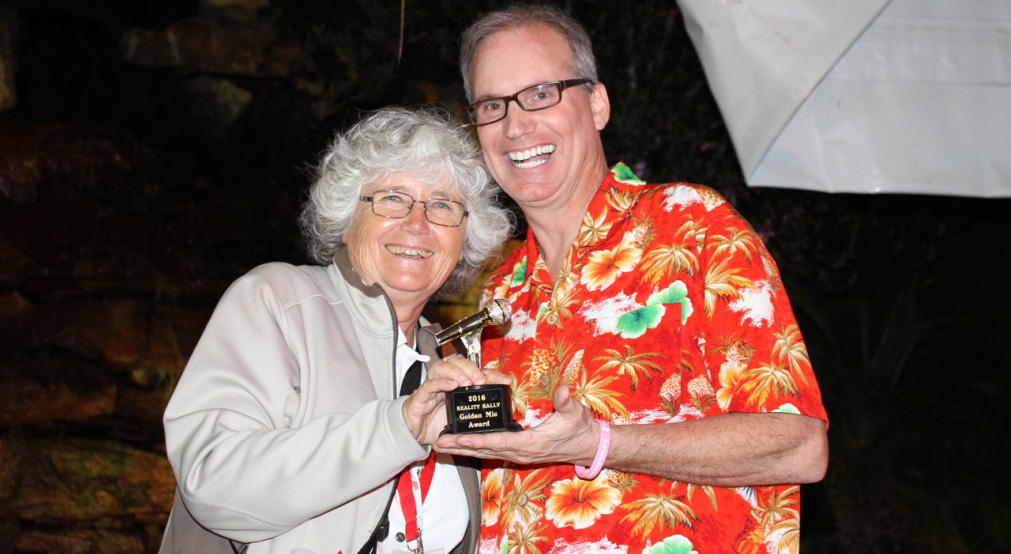 This past weekend in Temecula, was the 6th Annual Reality Rally where over 100 Reality Stars came to Temecula for this 3-day event to raise funds for Michelle’s Place, Breast Cancer Resource Center. Reality Rally was started by Gillian Larson who was on Survivor Gabon. She wanted to put that experience to do some good so she started Reality Rally in Temecula Valley.

Thursday began with the first Reality Rally Lip-Sync Competition. There were about 16 acts singing and acting out their favorite songs. The judges awarded first place to Dennis Luciani, from Average Joe, in his version of Gloria Estefan’s Conga. By the end of the song, he had just about everybody in a conga line. Dennis just so happened to be Team Video Adventures #1 team captain in the race. We had 3 videographers filming all the acts and 2 cameras streaming the show live.

Friday, day 2, was the meet and greet at Wilson Creek Winery where 100’s of reality fans could meet all their favorite Reality Stars while stuffing their faces with great food from many local restaurants and taking part in the casino games. Add to that over 100 items raffled off during the night raising $1000’s for Michelle’s Place.

Saturday, day 3, was the Amazing Race type game played throughout Old Town in Temecula. Over 80 teams of one reality star and 3 local residents ran through Old Town to 14 check points to perform a variety of odd and not so easy skills. But everybody raves about how much fun it was and they’ll be back next year. The day included the celebrity autograph signing where all the reality fans could have their favorite reality stars sign their Reality Rally Programs. The evening was capped off with the Celebrity Chef Cook-Off. I will post Dennis’s Conga video soon along with many other videos from the amazing event: Reality Rally 2016.

Video Adventures has been a proud sponsor for Reality Rally since day 1. We love running around for 3 days filming of everything that is happening so fast. We then produce many videos with interviews, thank yous, highlights from the race and everything in-between.