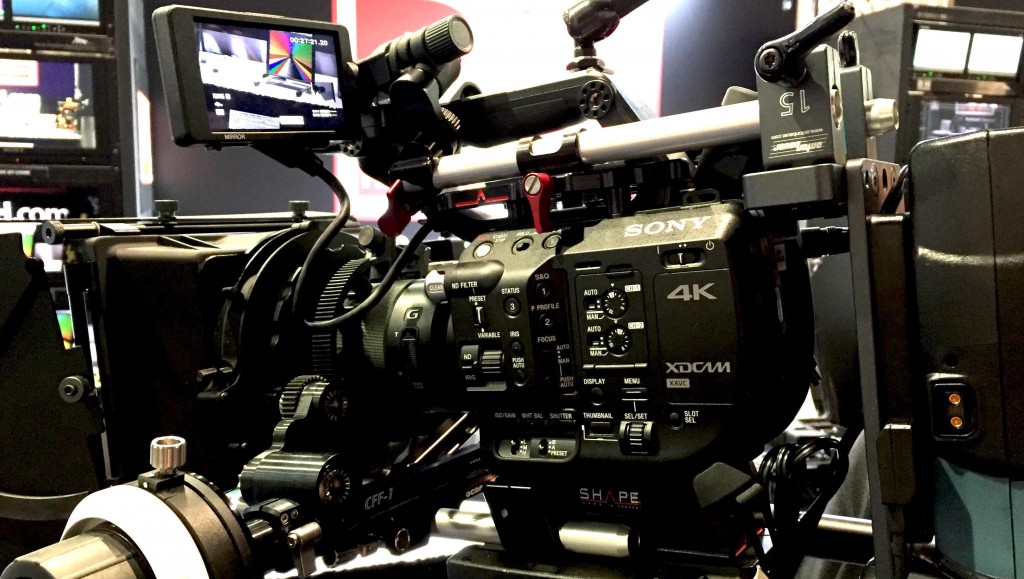 Just got back for NAB (National Association of Broadcasters) in Las Vegas, where filmmakers, videographers, camera people, editors, producers, radio guys and broadcasters in general, come from around the world to see, touch, get educated and inspired and buy the latest technology in TV, film, video and radio. For us it’s like going to Disneyland but without all the rides. Well, there was the 360 VR experience. Virtual Reality is a pretty cool concept, but really just another gimmick to impress our minds with sights and sounds in a new way. It has a long way to go but will probably benefit gamers as it will put them “in” the video game.

Besides all the 360 VR options, there were way too many drones being introduced. The new push at NAB was still HDR and 4K, with even some companies showing 8K equipment and movies. That is all fine if you want a screen the size of a football field. 4K itself only becomes impressive if you’re viewing on a screen of 65” or bigger.

We were also able to reconnect with some old WEVA friends, Annyce and Glen Meiners from Beyond Video. It’s great to talk shop with our colleagues. So we filled our bags with 3 days worth of info, goodies and free stuff from over 1000+ vendors to weed through to see what actually fits our current needs in our filmmaking and video productions.